Marian gave away lots of dolls. I won Baby Miss America and Paula won the Disney Tiny Tot Trio. They also had Queen Elizabeth as the centerpiece of each table and who ever's birthday was closest to Marie's (October 13) won the centerpiece. Mine is October 9th so I won ours. Lianne didn't win and Paula already had the Disney tots so Paula gave Lianne the tots and I gave Paula one of the Queen Elizabeths since between Carole and I we had won two. 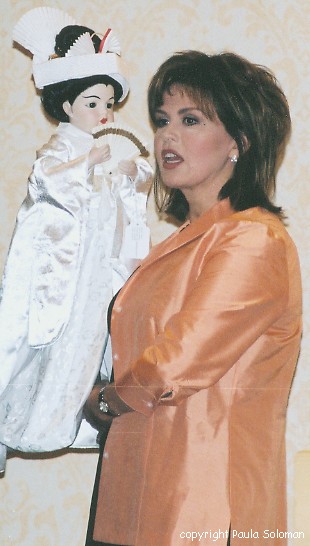 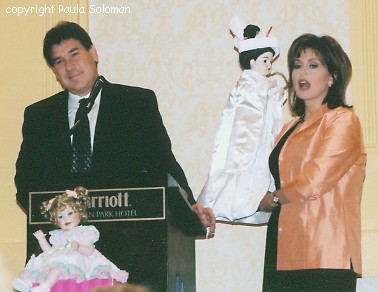 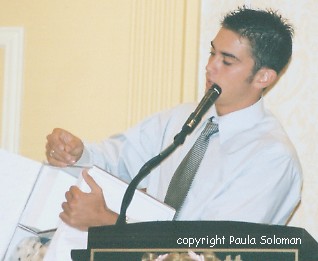 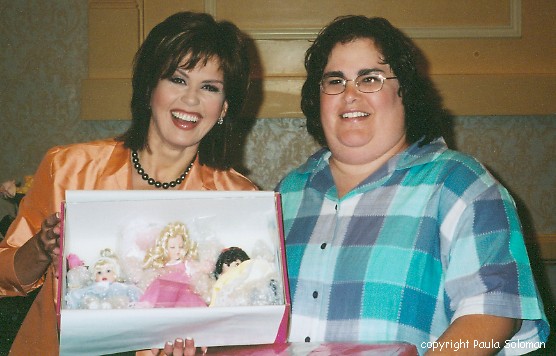